For the last few days I have been travelling through the sparsely populated northern parts of Japan’s main island Honshu, an area which Yasunari Kawabata referred to a ”snow country” in his 1948 novel with the same title, eventually earning him the Nobel Prize in literature two decades later.

The area lives up to Kawabata’s nickname, as a seemingly never ending flurry of snow are spraying white the surrounding fields and mountains. Northern Honshu also lives up to the atmosphere of Snow Country; a vast landscape which beauty swallows the people wandering about in the small towns dotted along the impressive Japanese railway web.

The north is, of course, less developed than the megacities of the south, but that also means it is better preserved. Test of centuries of time have left untouched the architecture of old postal towns and hidden samurai villages. The appearance of secluded hot springs are not from the future, but from the Edo period.

Traditional customs and manners are also deeply rooted in the people of the north; hard working and honest, tough but caring and polite, making time for interactions rather than spending meal time hugging smartphones.

Hands down, northern Honshu is one of the most beautiful places I ever visited. But that might be changing. During the second day of my trip, in the castle town of Aizuwakamatsu, I was meet by a spell of cold rain as I flung the door of my farming house open at 05:30, heading out on what I thought was going to be a hunt for scenic winter landscape photographies. (Naturally, in snow country, precipitation in early February should not be rain but snow.)

As she drove me around on the wet streets of a dark blue morning twilight, my hostess told me in broken English that last winter, they had so little snow that farmers started to worry there would not be enough water the following summer. When I suggested it might have to do with global warming, she put a grim look on her face and nodded in silence.

Next day, some 150 kilometers further north, rain turned to hefty snowfall in the sleepy farming town of Murayama. But also here, the family I was staying with are witnessing changes. ”We are farmers so we live with the nature, and every year the harvesting season is starting earlier than last”, a brisk but kind farming woman told me as big wet flakes was smashing against the car windows.

So while heading further north to my final destination of Hokkaido, I can’t help but thinking that this is a good time to visit snow country. In a few years, it might not live up to the title of Kawabata’s novel anymore.

(Below are some photos from the first days of my trip. Please note that they are all unedited JPG, and that the edited RAW files will be richer in detail once printed in the travelling magazine that assigned me to do this journey.) 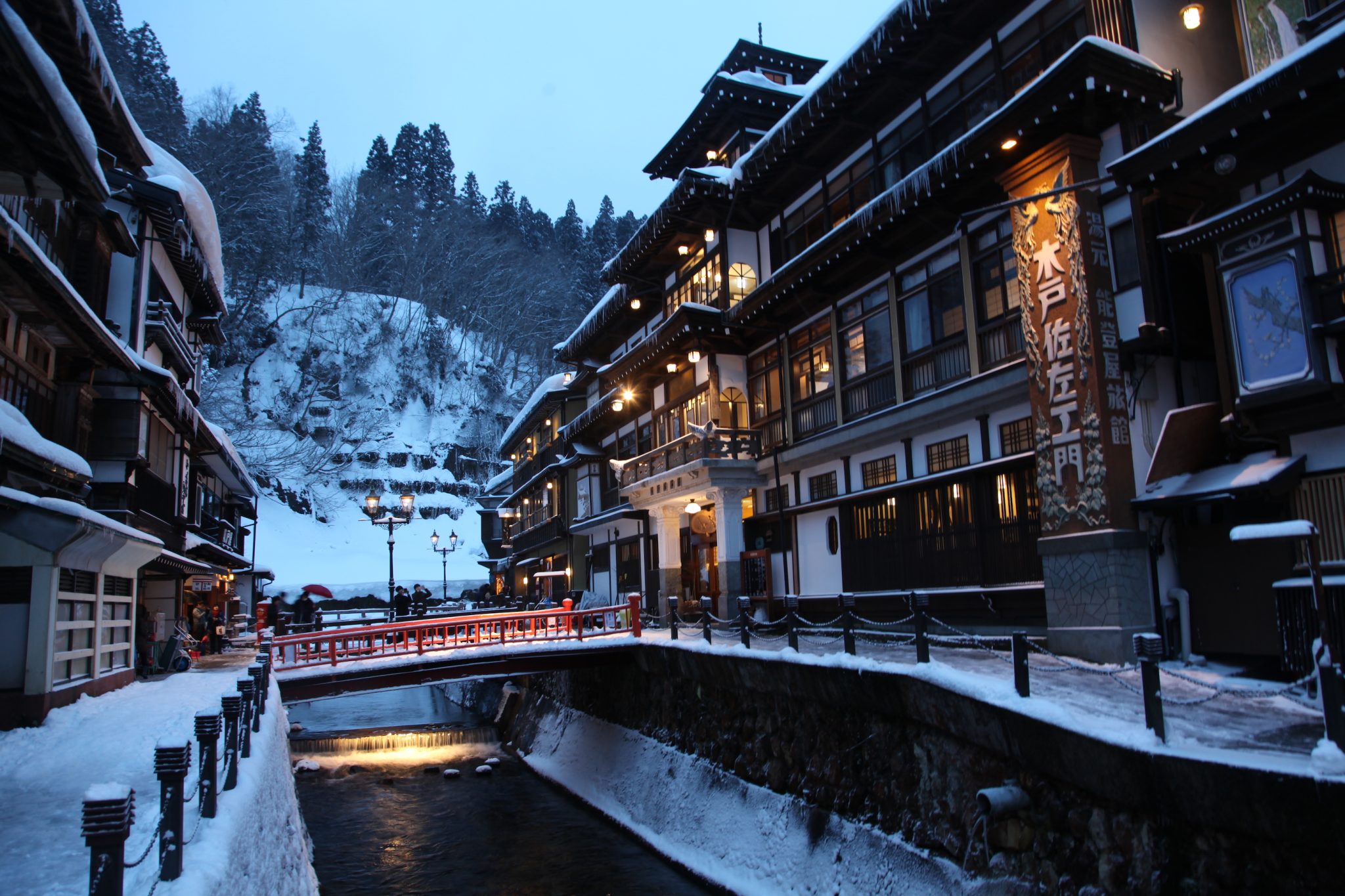 Dusk at Ginzan Onsen, a hot spring village in the outskirts of Oishida. 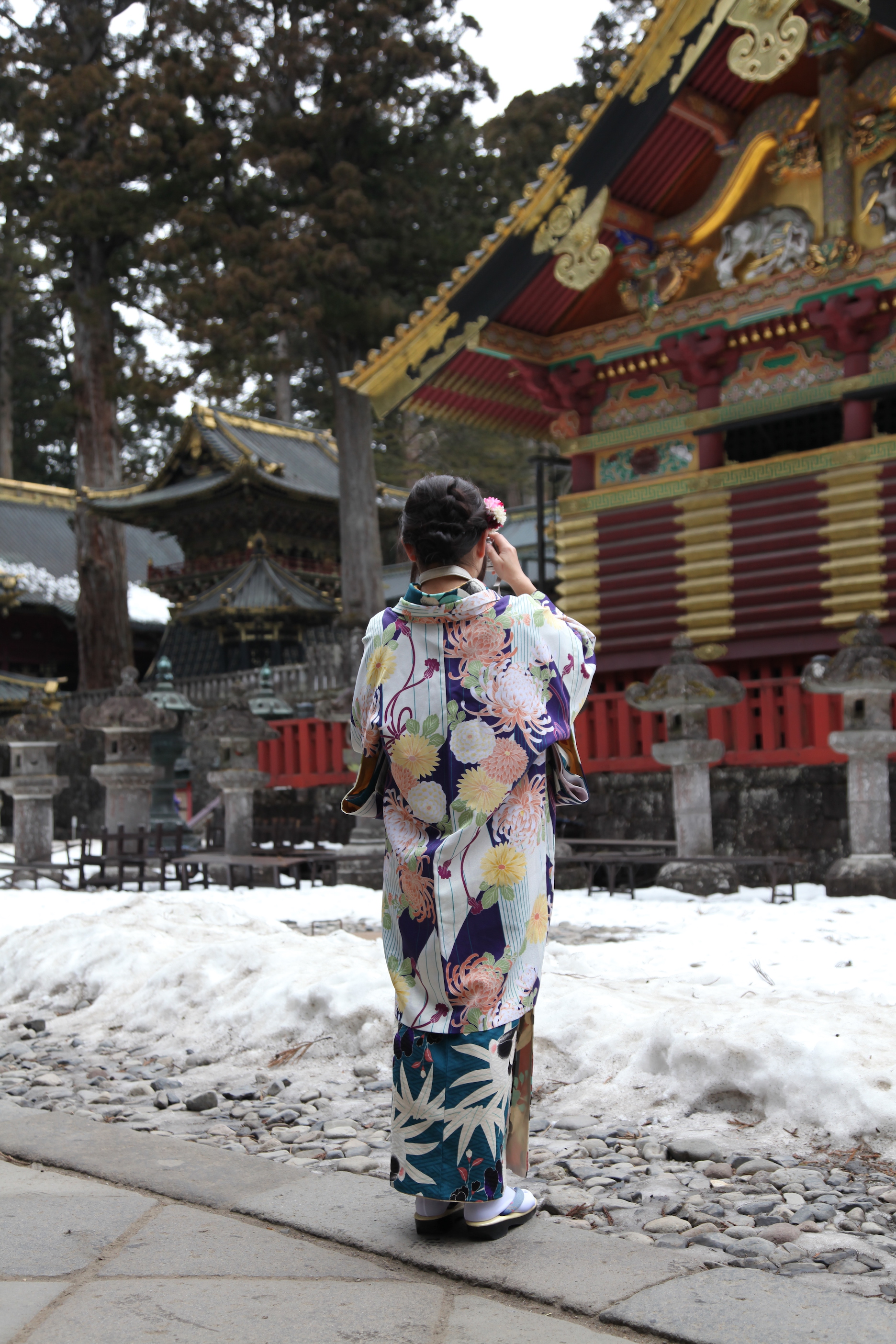 Woman in kimono braving the snow at a temple area in Nikko. 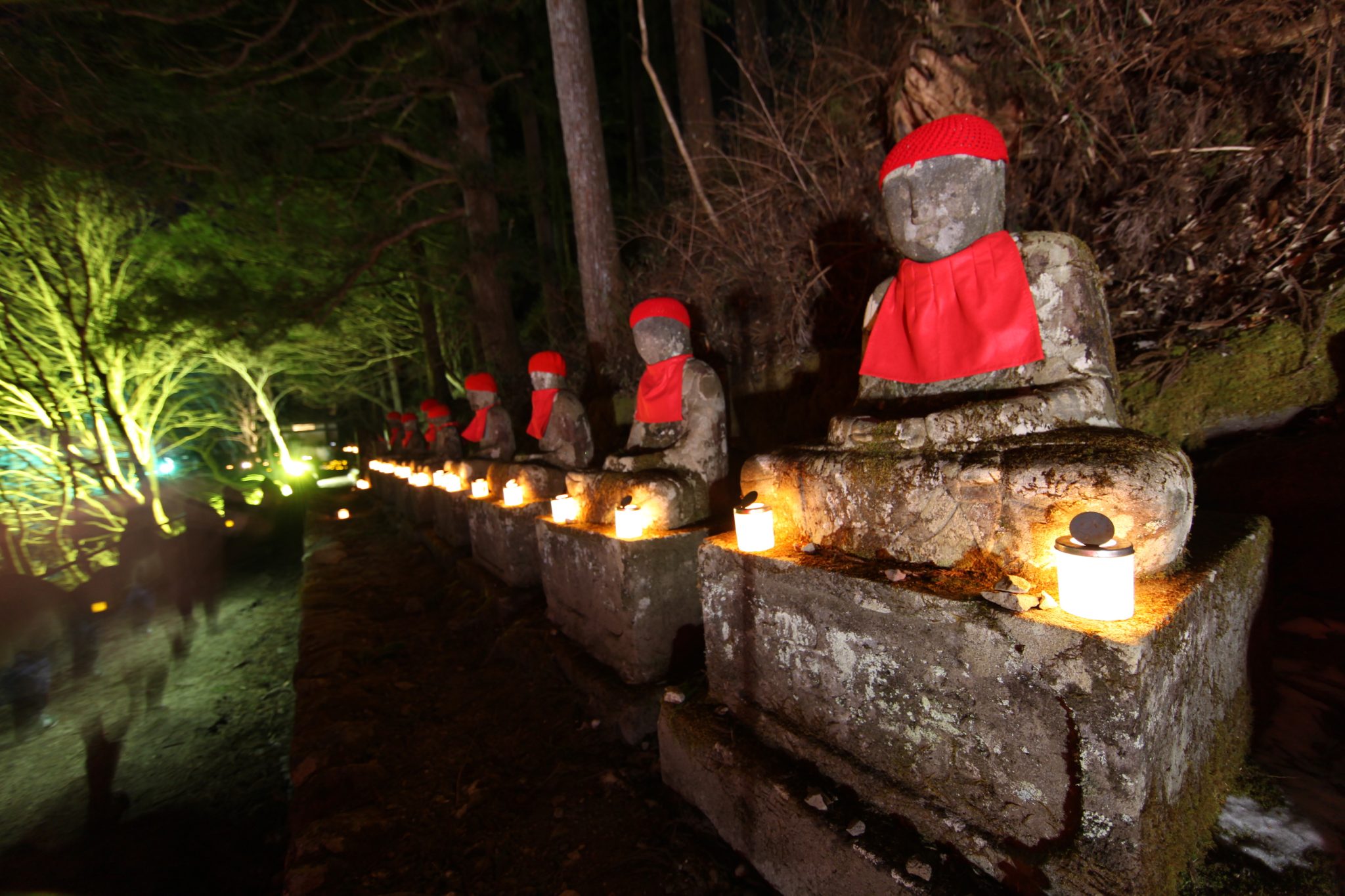 Stone statues lighten up during a cold winter night in Nikko. 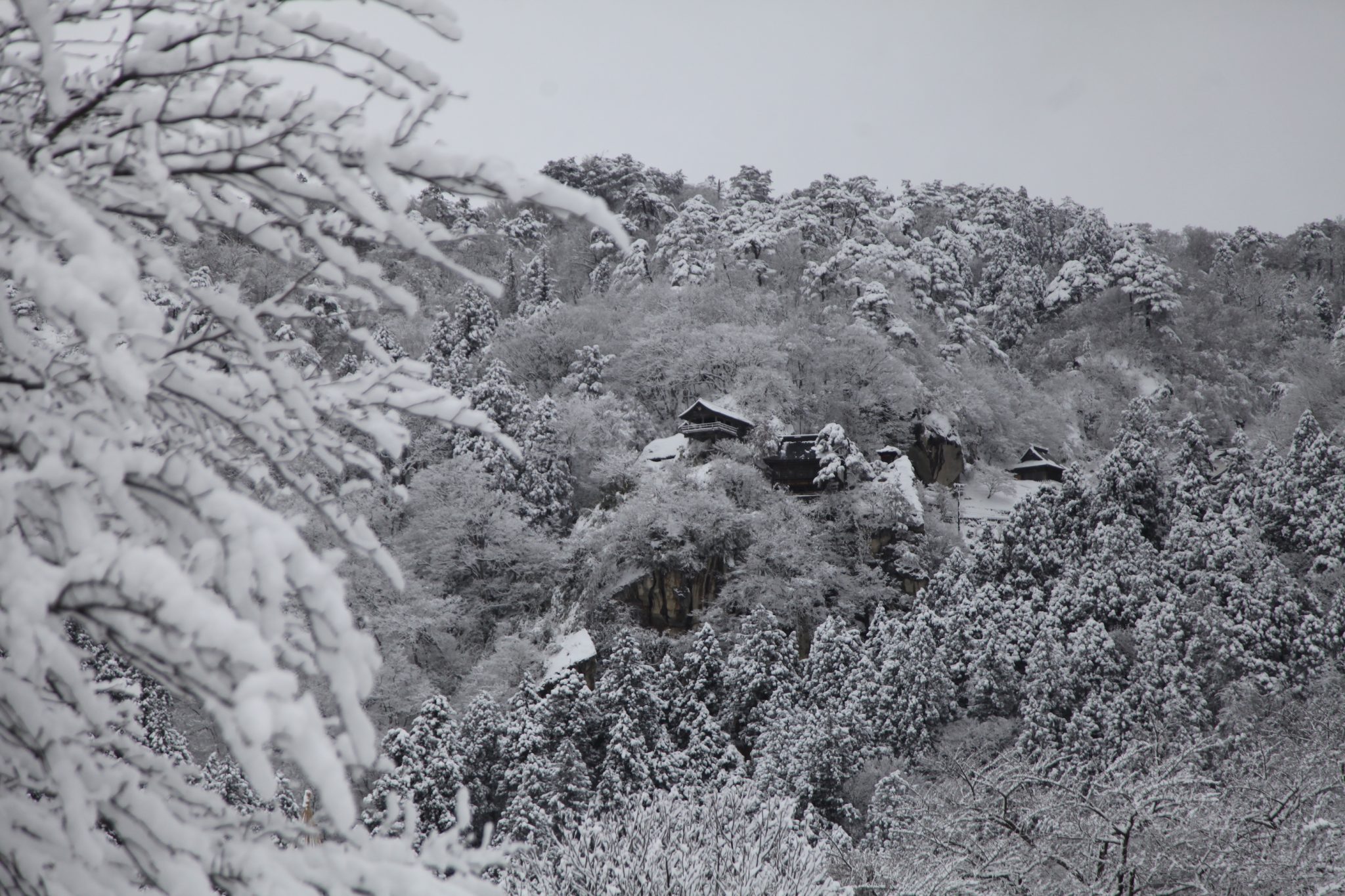 Yamadera, the ”temple mountain” in the outskirts of Yamagata. 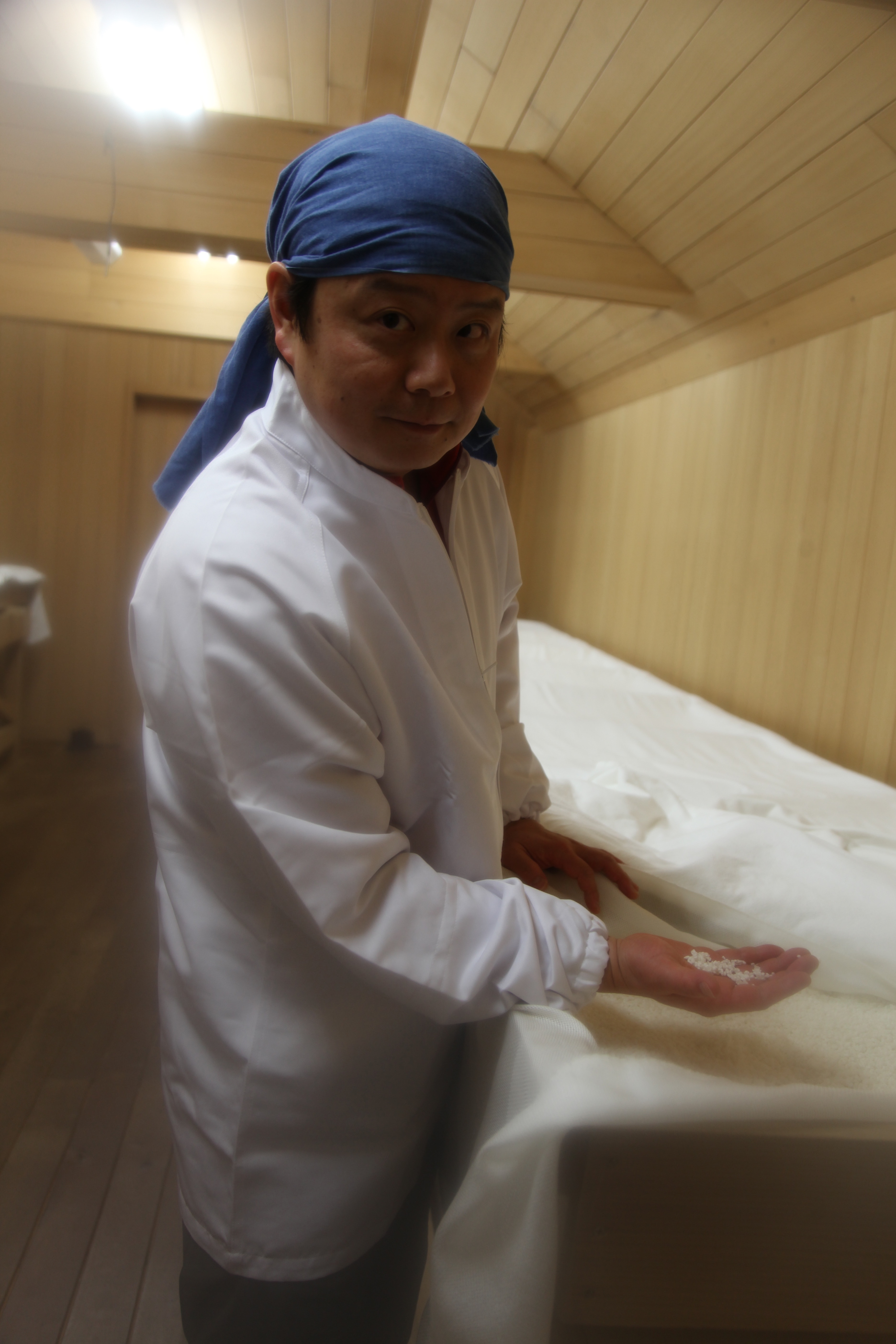 Snow country is also sake country. Fifth generation owner of family brewery Mitobe is showing some of the rice used in the process. 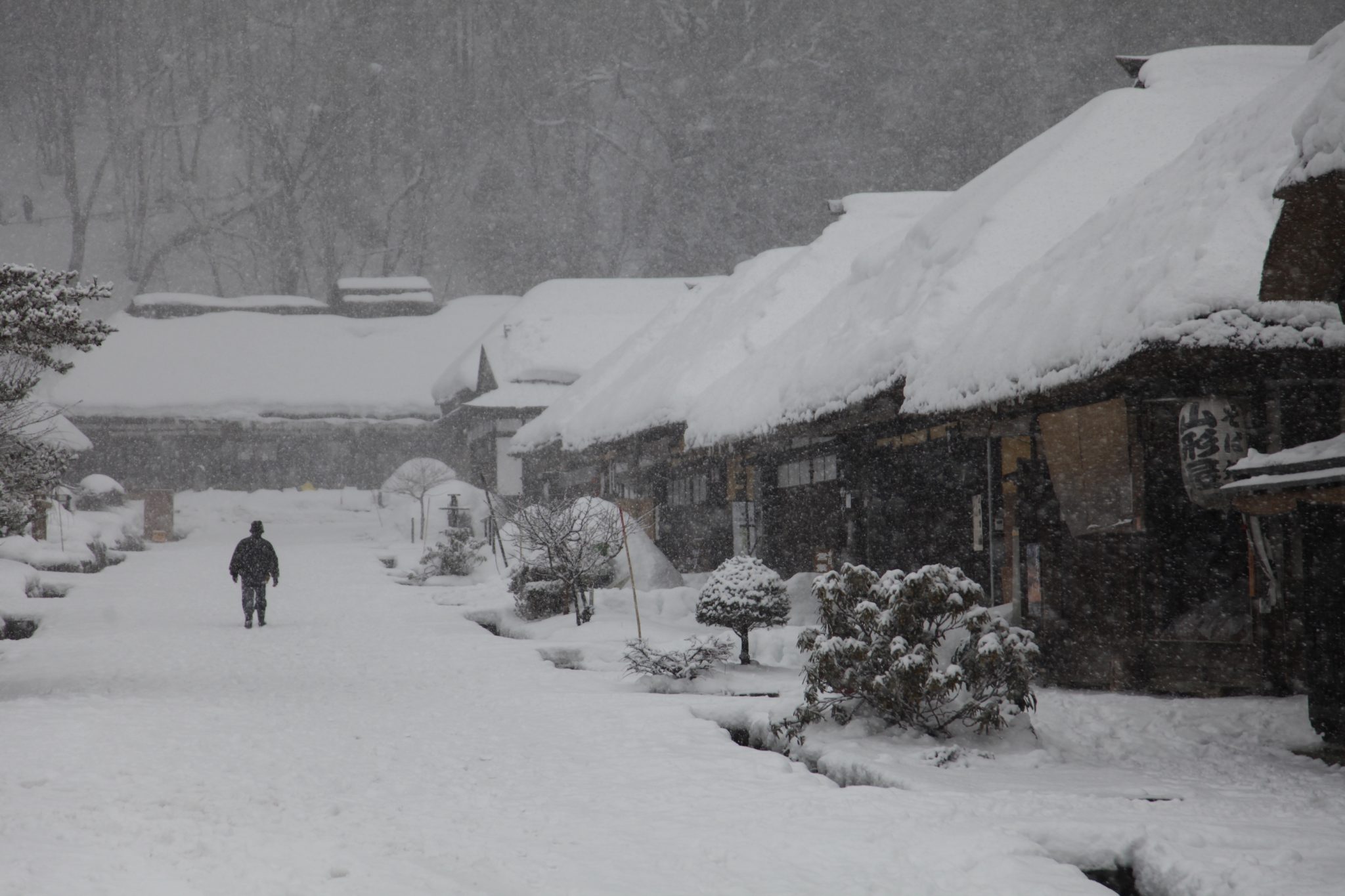 Hefty snowfall in the old postal town of Ouchijuku. 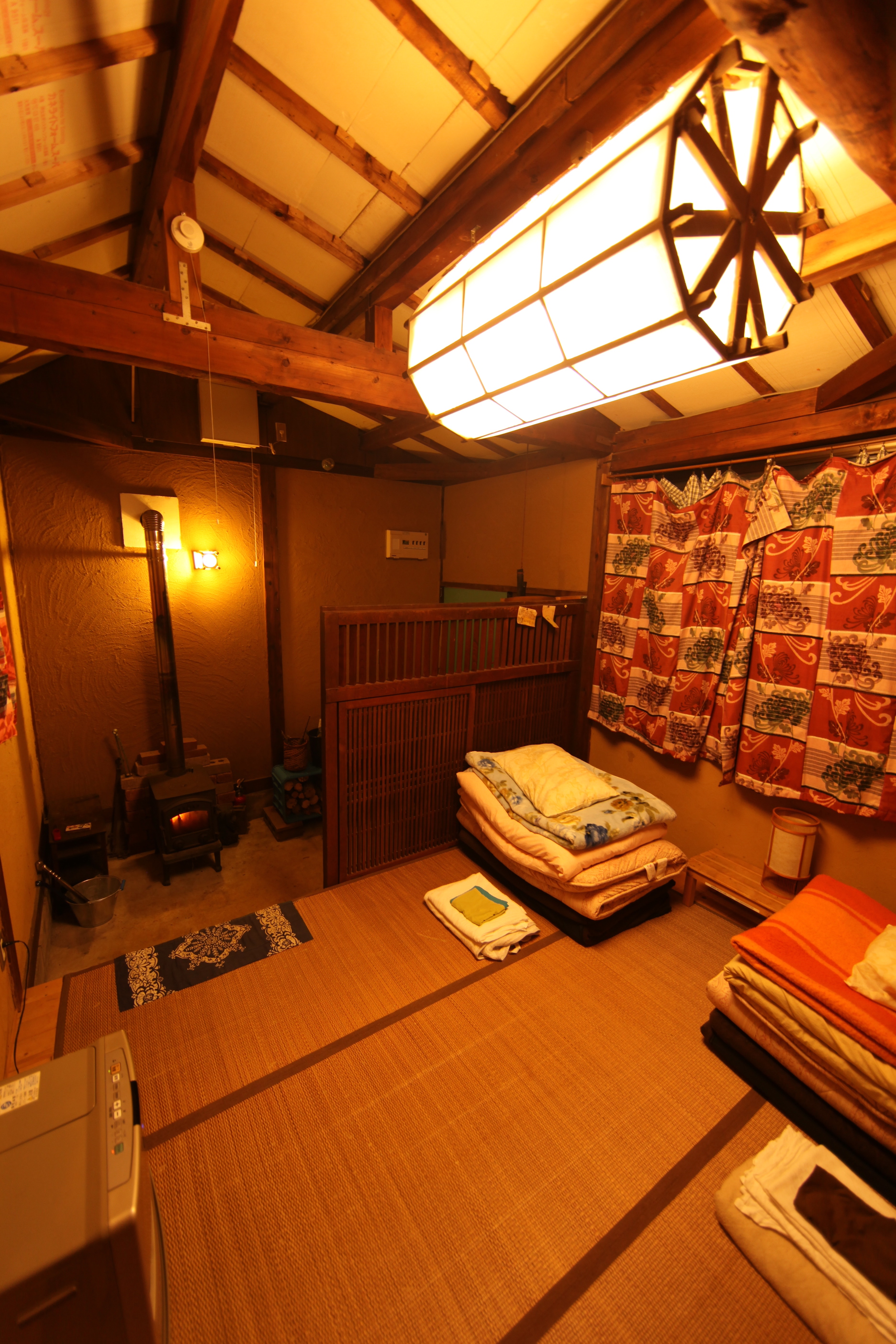 My room in Murayama, simple but clean and with a fireplace to keep the cold winds of winter away. 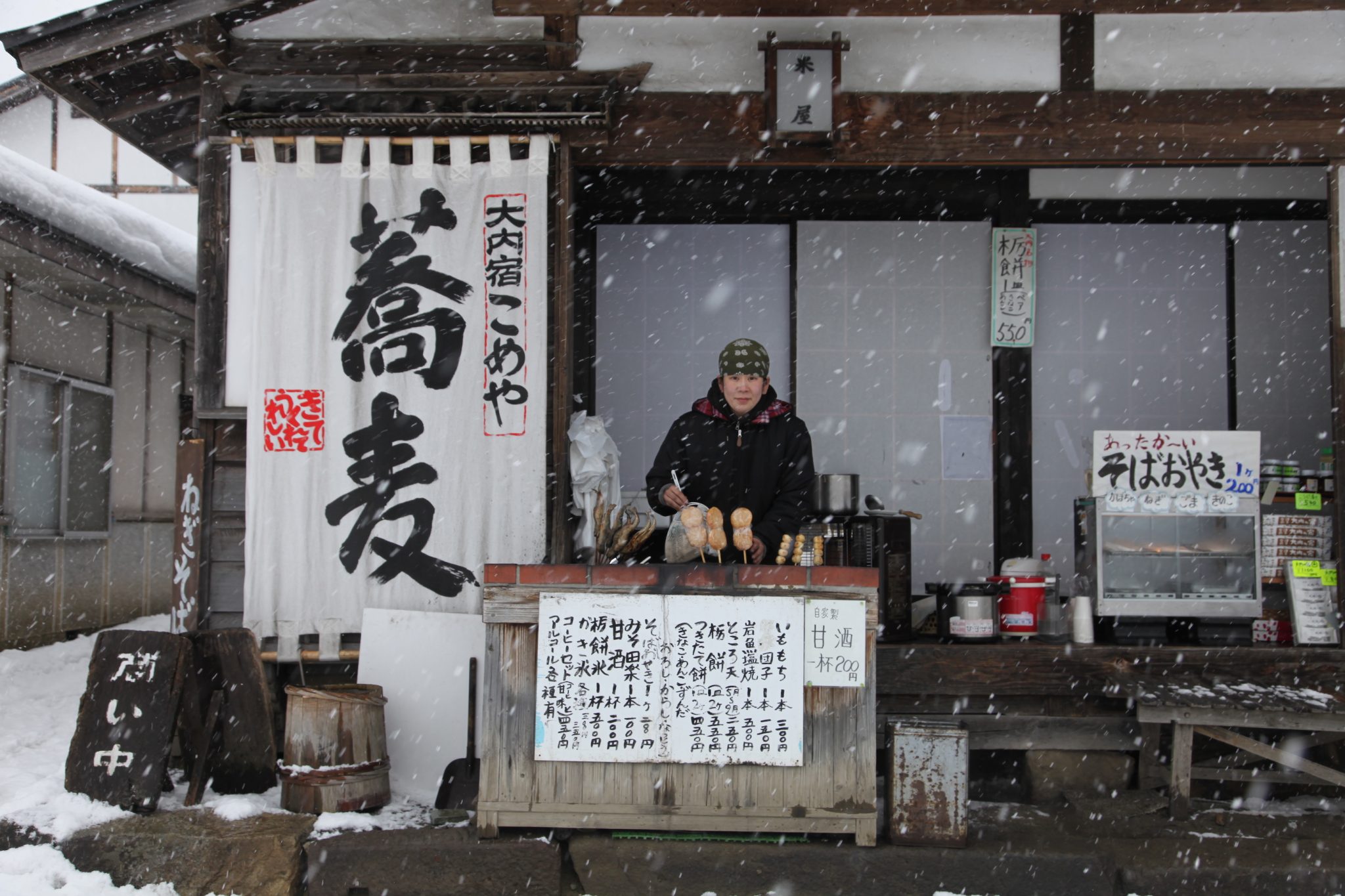 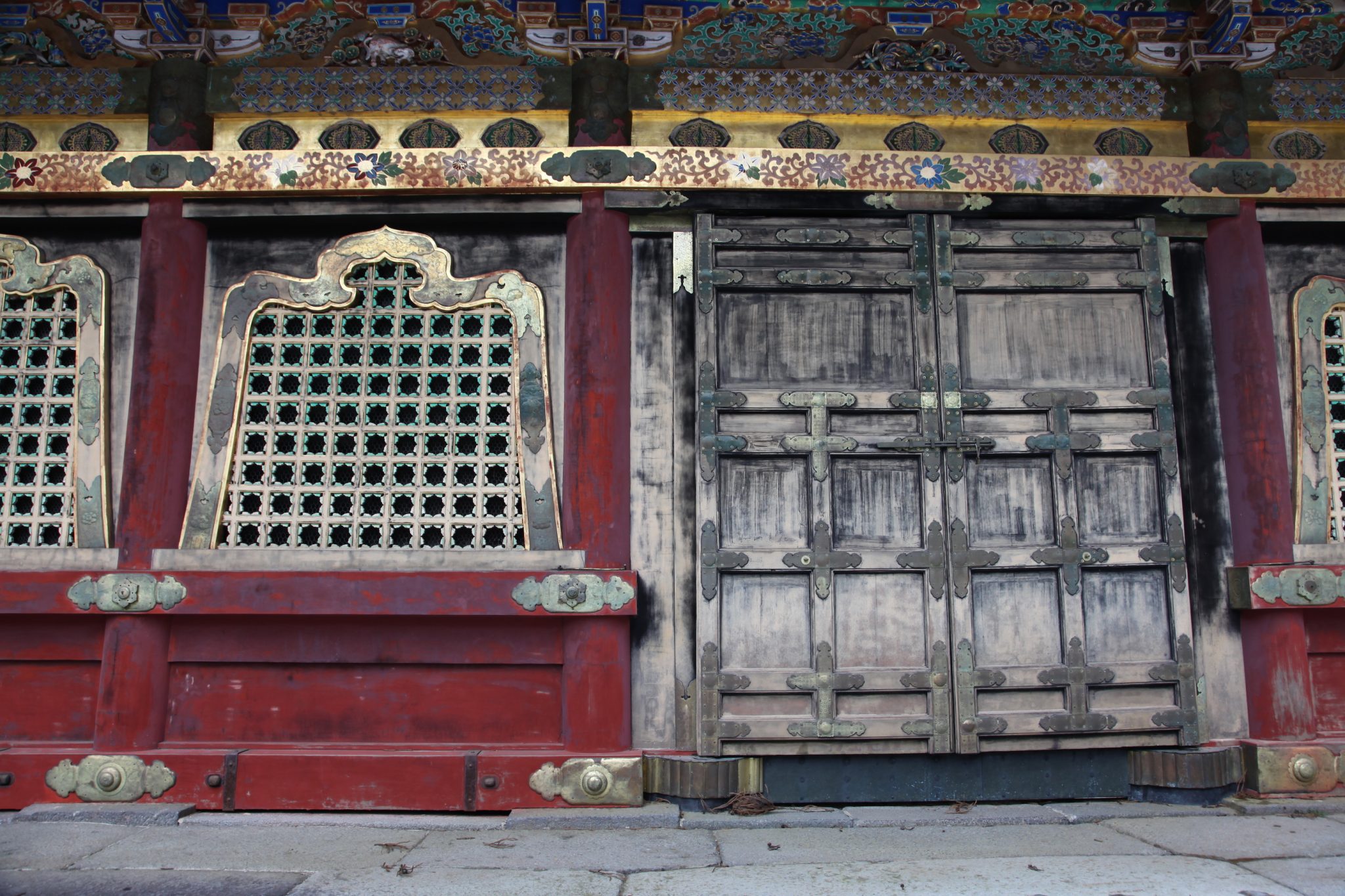 Temple doors in Nikko that stood the test of centuries of time. 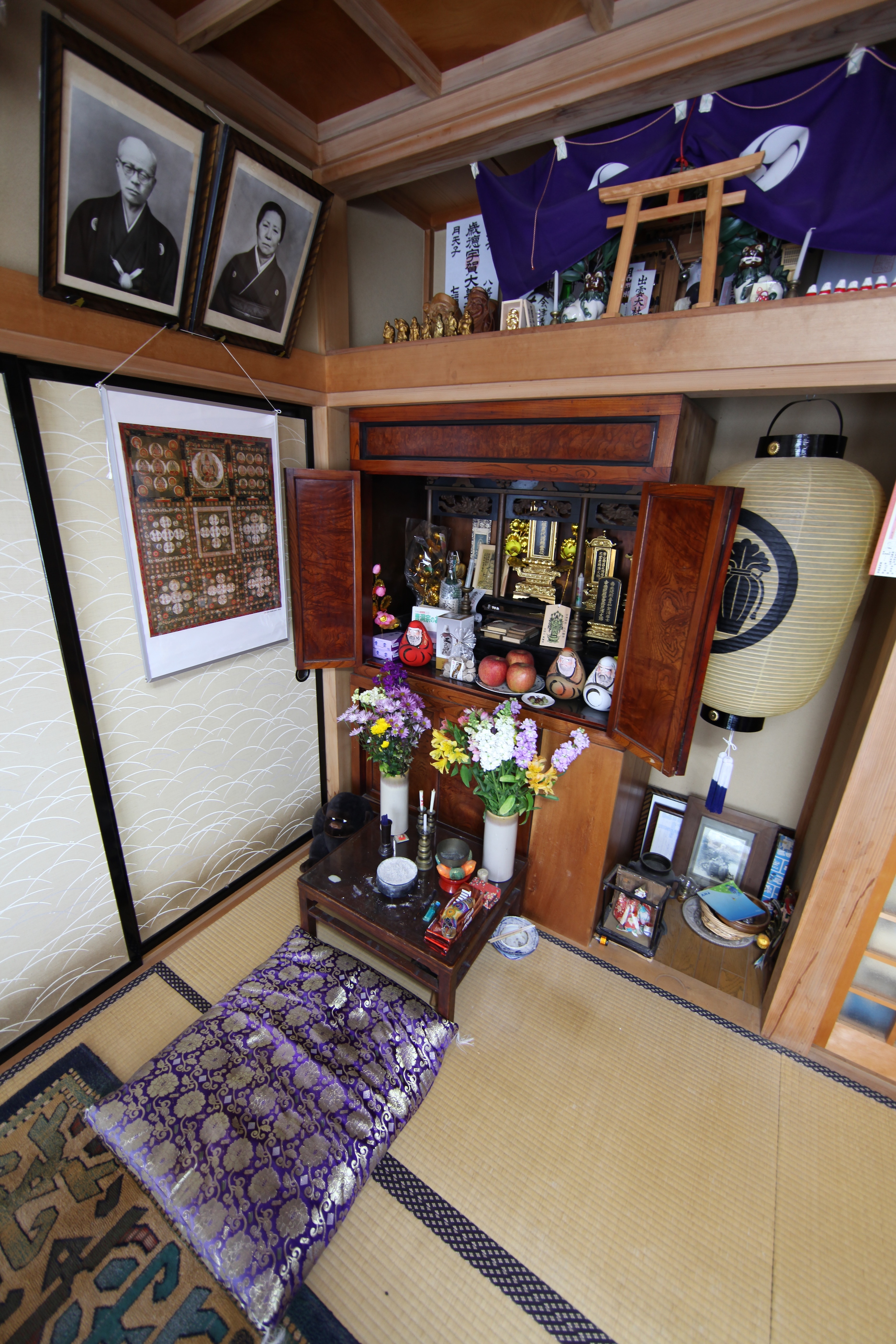 Family altar in the farming house I stayed in close to Aizuwakamatsu. 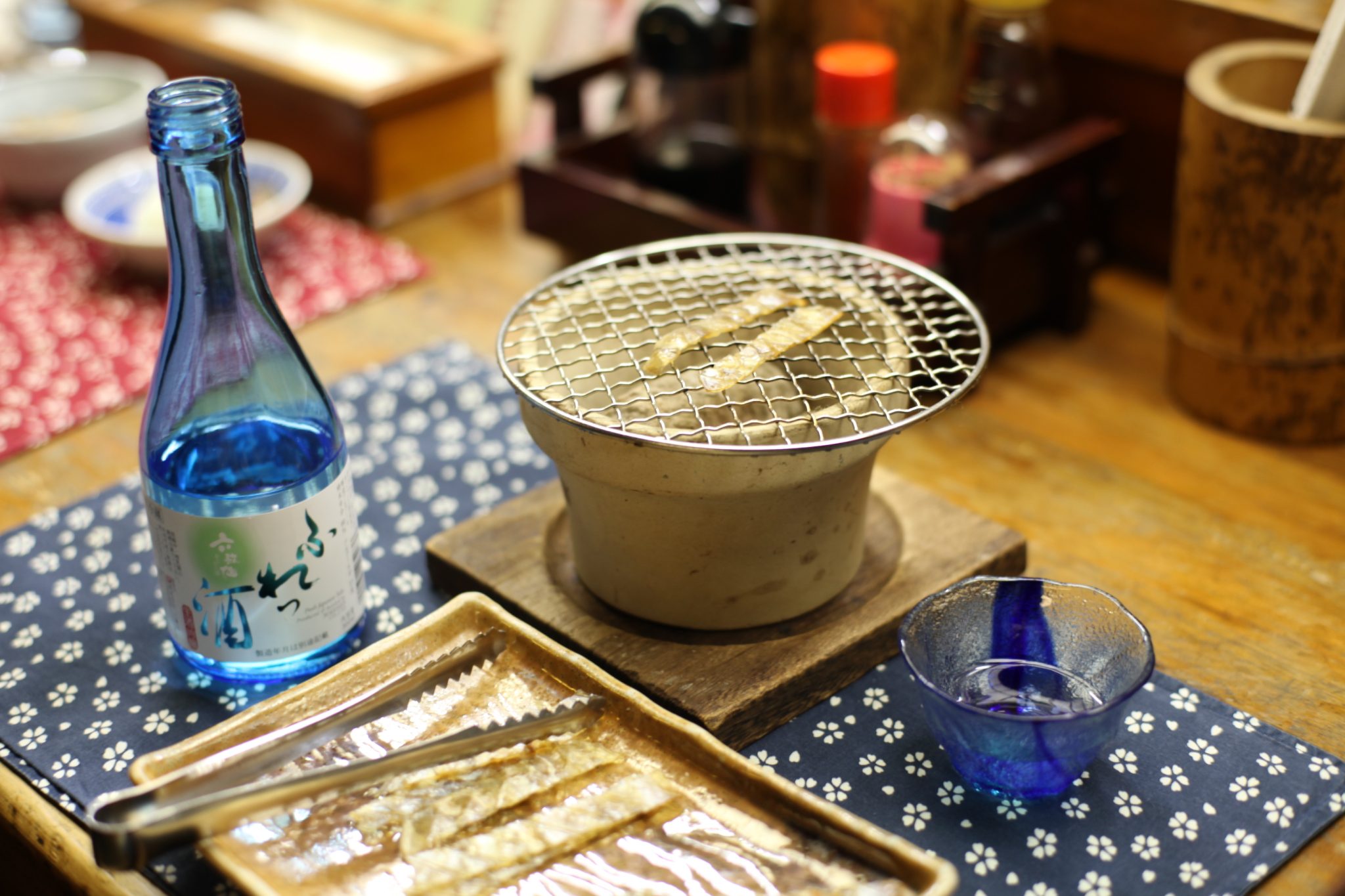 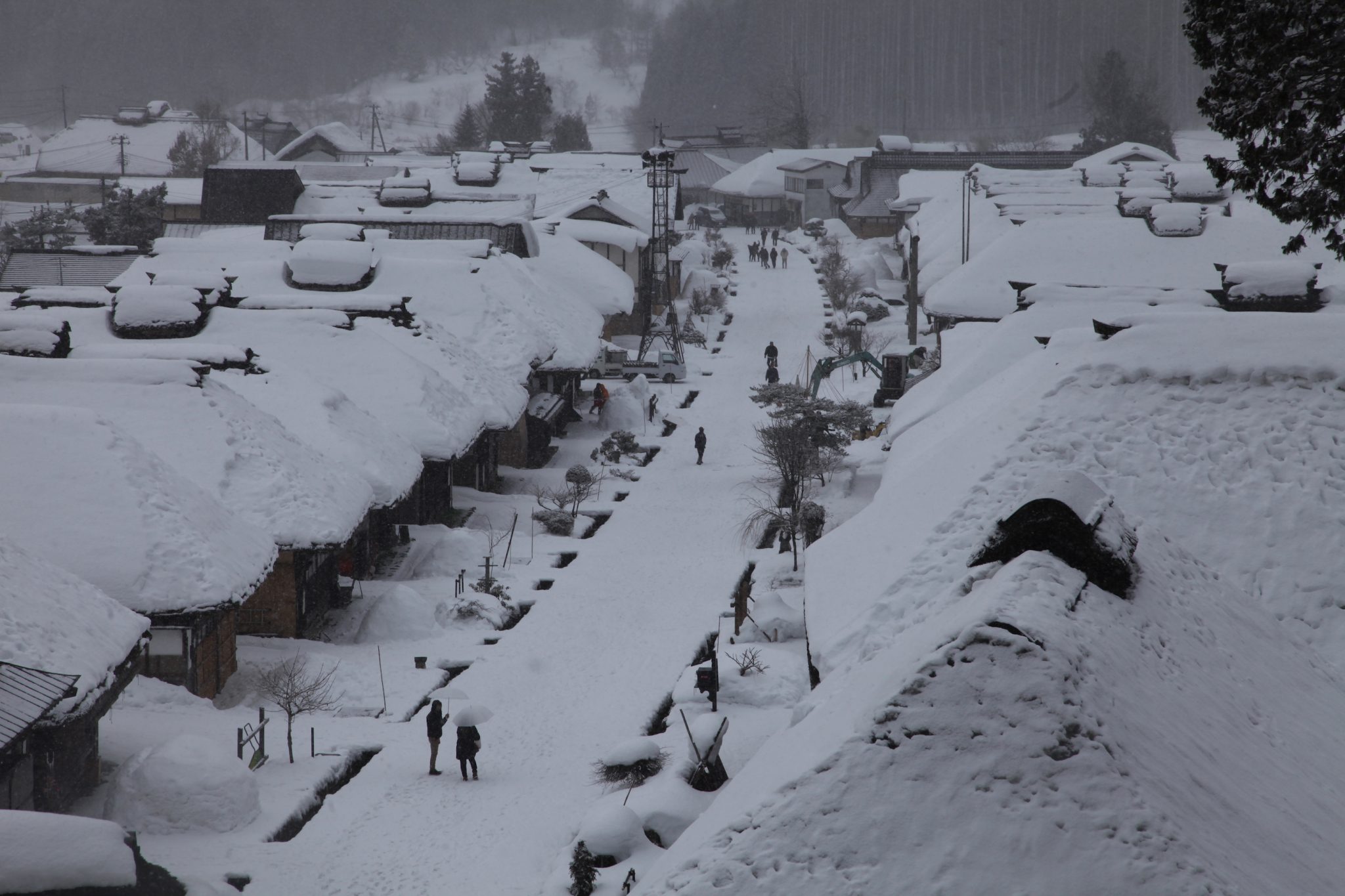 Overview of the old postal town of Ouchijuku.